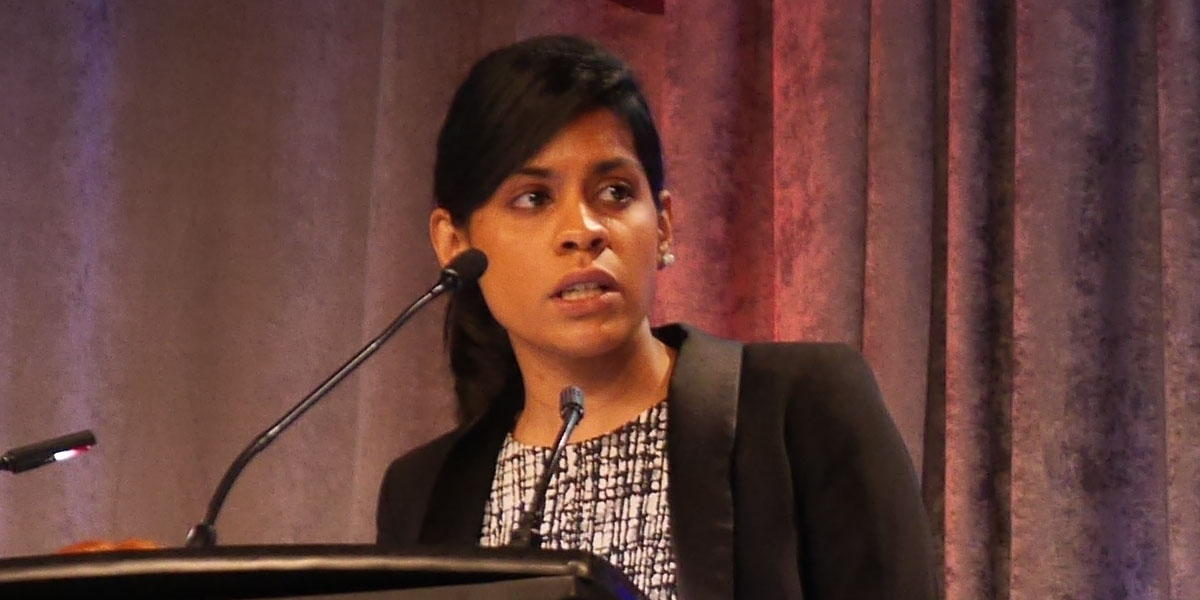 Convention was pleased to welcome our friend Thevaki Thevaratnam, Director of Research and Education from the Ontario Federation of Labour.

She discussed how in Ontario, Doug Ford’s government has implemented an incredibly regressive platform in just one year, and warned delegates about the similarities between Ford and Jason Kenney.

“The Ford government is trying to manufacture a crisis for every issue,” said Thevaratnam, “so they can dismantle our social safety net piece by piece.”

Thevaratnam detailed how the Ford government was introducing privatized healthcare, slashing healthcare supports, and undermining Ontario’s public healthcare. Education has also been attacked by the ideological Ford government, with attacks on student unions and slashed funding that has already increased class sizes. She also discussed how the Ontario PC’s broke many election promises, including a significant promise that no workers would lose their jobs due to their policies.

Thevaratnam provided useful context on the battle ahead of the Alberta labour movement and a powerful message of solidarity.