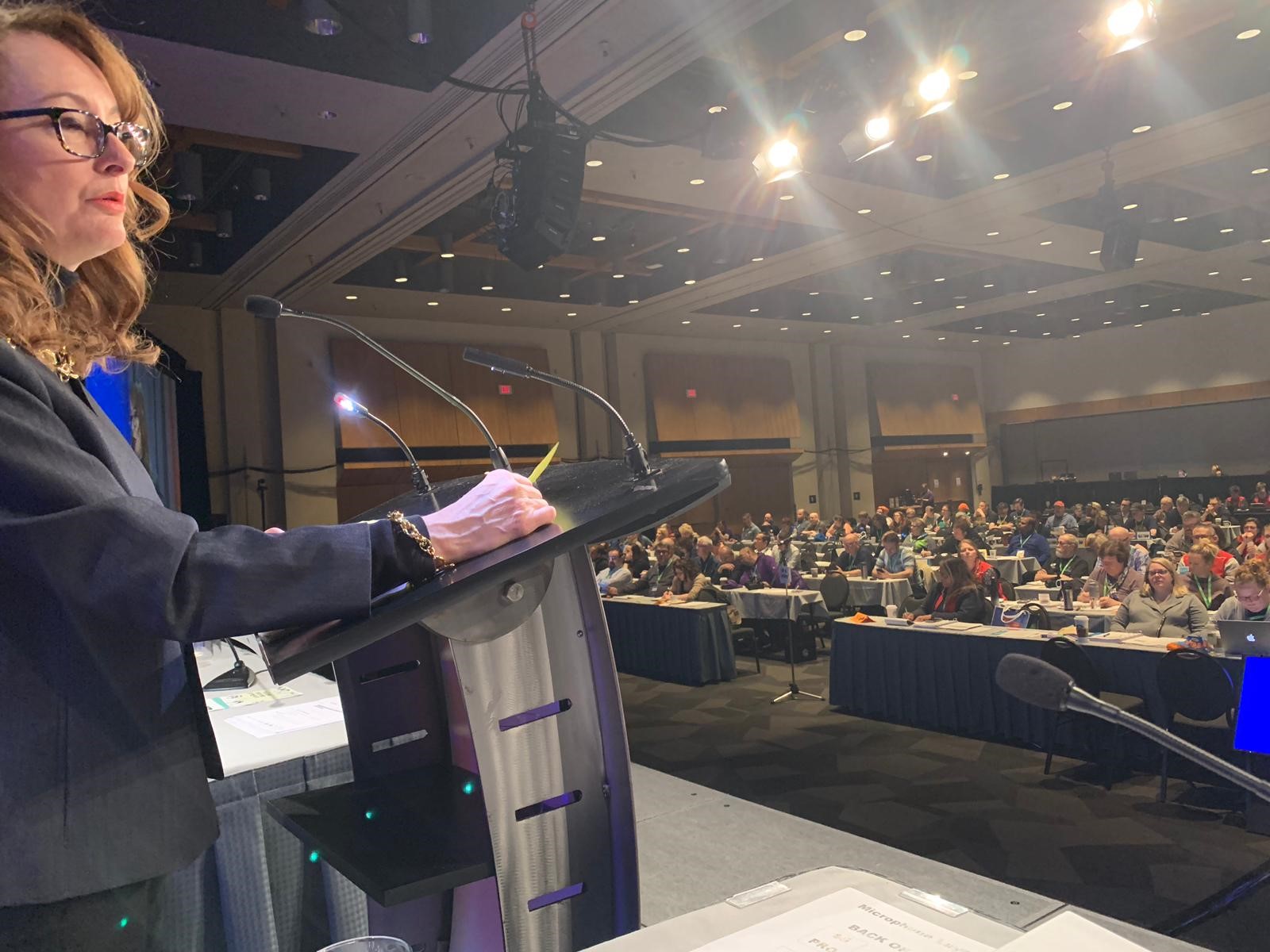 Convention was pleased to welcome Stephanie Bloomingdale, President of the Wisconsin AFL-CIO.

She shared a powerful message of solidarity between the workers of Alberta and Wisconsin. Bloomingdale shared her years of experience fighting anti-union governments in Wisconsin, including the labour movement’s battle with the infamous Wisconsin Governor Scott Walker, and a hopeful message of how labour can win.

Bloomingdale spoke about the need for unions in society and to always remain true to our union values. “As unionists we stand on the shoulders of those who have come before us,” said Bloomingdale, “We honour that legacy by never giving up.”

She described how anti-union governments attacked workers and imposed anti-union legislation. “The way that the attacks on labour and working people came was fast and furious. Not just in the content of the proposals, but also in the way they are put forward.”

Bloomingdale spoke about the need to keep fighting, even in the face of setbacks. “The only time we lose is when we leave the ring.We will continue to fight, we will never leave the ring.”

She described how eight years of work went into the recent election of Democrat Governor Tony Evers. “In the last election in November 2018, something magical happened,” said Bloomingdale, “We defeated the union-busting governor, Scott Walker. Ending eight terrible years under the Walker administration.”

Bloomingdale’s presentation gives us hope that through perseverance and organizing, we can win progress.