Russell Cobb brings a cautionary tale from Oklahoma to Convention 2019 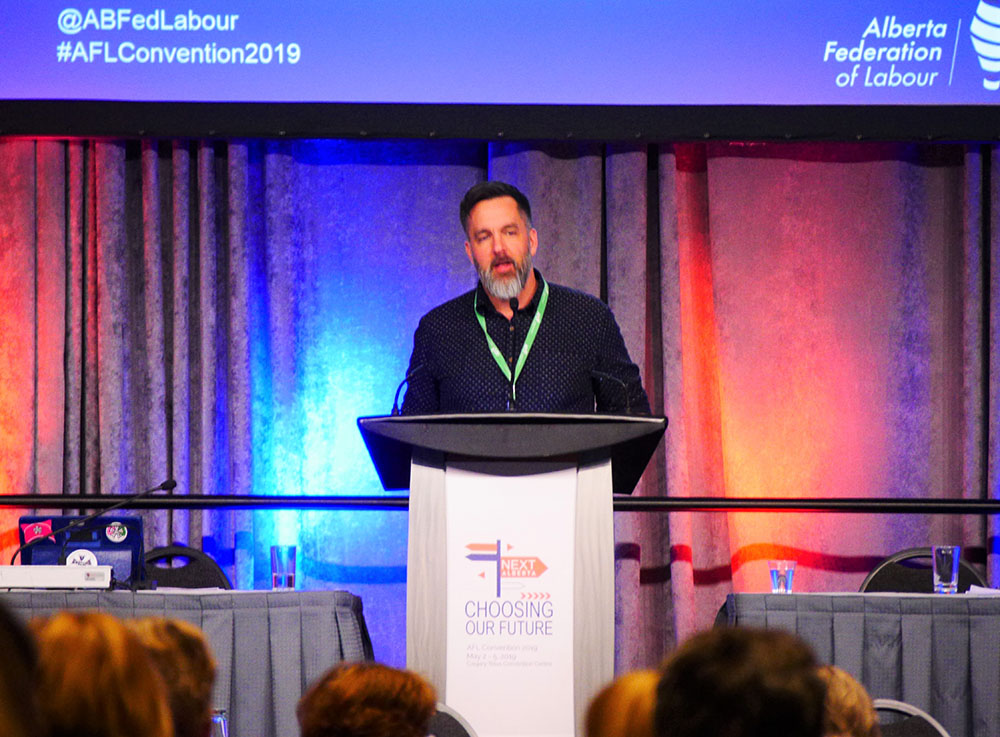 Cobb highlights the daunting similarities between Alberta and Oklahoma, but also brings hope

Professor Russell Cobb brought a cautionary tale from Oklahoma, did a great job highlighting the similarities between Alberta and Oklahoma.

“Sometimes it seems like Oklahoma has become America’s own failing state. In the face of such circumstances, it might be tempting to give up all hope and, like Steinbeck’s Joad family, pack up the old jalopy and move to California, where social services are well funded and climate change is accepted as a reality. But not so fast!"

"In this reddest of red states, where Trump beat Clinton by 36 points, a public sector-led movement redefined the state’s political landscape. Even though the Republicans held on to most statewide offices, they are no longer calling for more tax cuts. They are boosting wages and replenishing the state’s rainy-day fund. It took two years of budget failures, a handful of national embarrassments, and a mass walkout by teachers, but Oklahoma moved the needle."

“And that, I believe is the hopeful lesson for my Alberta, my new home and adopted land. That even in the darkest of times, an appeal to basic fairness can go a long way. How to cut through the layers of well-funded propaganda campaigns, hate-mongering on social media, and right-wing fake news, though? That is a harder a question that we all will have to grapple with in the years ahead.”

This comparison provided useful insight into what the future of our public services might look like if right wing policies take hold in Alberta as firmly as they have there.