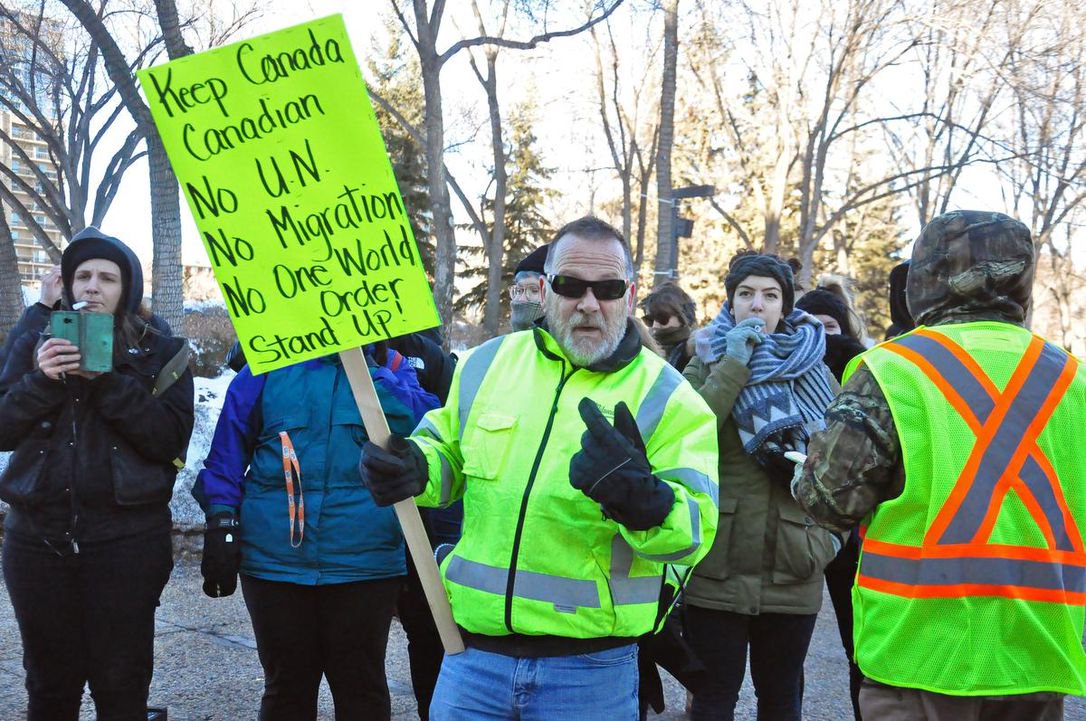 What the labour movement can do to address growing extremism

Xenophobia, islamophobia, and other forms of intolerance have been on the rise as populism sweeps governments around the world.  Alberta has not been immune to this trend and we have seen a troubling increase in the number of vocal extremist groups touting intolerant views. Statistics Canada’s most recent police-reported hate crime report indicates that Alberta saw a 38% increase in hate crimes from 139 in 2016 to 192 in 2017.

The labour movement has a chance to reflect on this issue and determine how we should move forward.

Join us as we discuss the rise of intolerance with panelists Malcolm Azania, Saima Jamal, and Jean Philistine Old Shoes, three people leading the way on the fight against intolerance.  Our panelists will share their experience battling intolerance and provide insight on how they think the labour movement can move forward as allies in this fight.

Jean Philistine Old Shoes
Jean is a member of the Blood Tribe, which is part of the Blackfoot Confederacy or Nation. She is one of the Co-Founders of the Apiiistamiiks - White Buffalo Trail Blazers, a grassroots organization based in Lethbridge dedicated to giving a voice to those who feel they cannot speak up for themselves and bringing an end to racist and discriminatory acts.