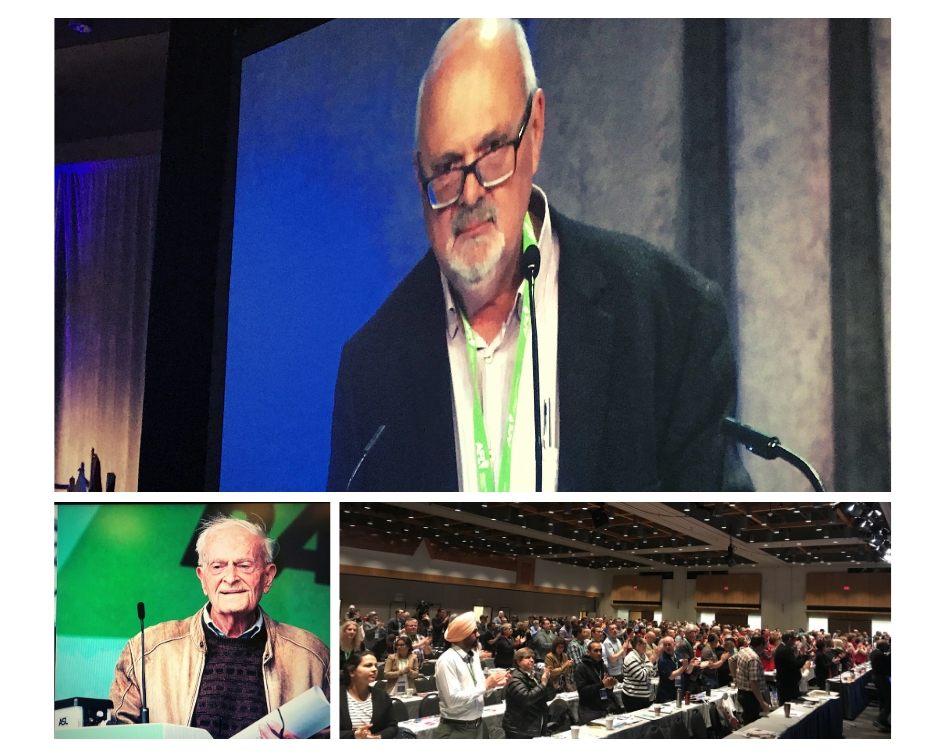 John shared the political and spiritual journey he took with his father for the past 10 years to promote the importance of the Welfare State to maintain our democracy.

Watch videoConvention was joined by writer and advocate John Max Smith, who, as the son of Harry Leslie Smith the World's Oldest Rebel, is continuing his father’s educational and campaign work to fight austerity, the rise of fascism as well as supporting the efforts to end the refugee crisis.

His father, Harry Leslie Smith, was a survivor of the Great Depression and a WW2 Veteran Activist for the many. He was the author of Harry's Last Stand and four other books.

“I came here today because the warnings, the life lessons, the passion for social justice that my dad left us all, in his books, essays, speeches, tweets and podcasts are too precious to social democracy for them to be forgotten. As his son, his caregiver and his best friend I must try to preserve his legacy and relate to you the beautiful, remarkable, profound journey this man, my father took through his almost 100 years of life on this earth. “

John spoke to delegates about his work with trade unions, civil society, migrant support organizations, schools, universities and campaigning journalists to educate audiences about the need for fairer societies and social justice policies for all.