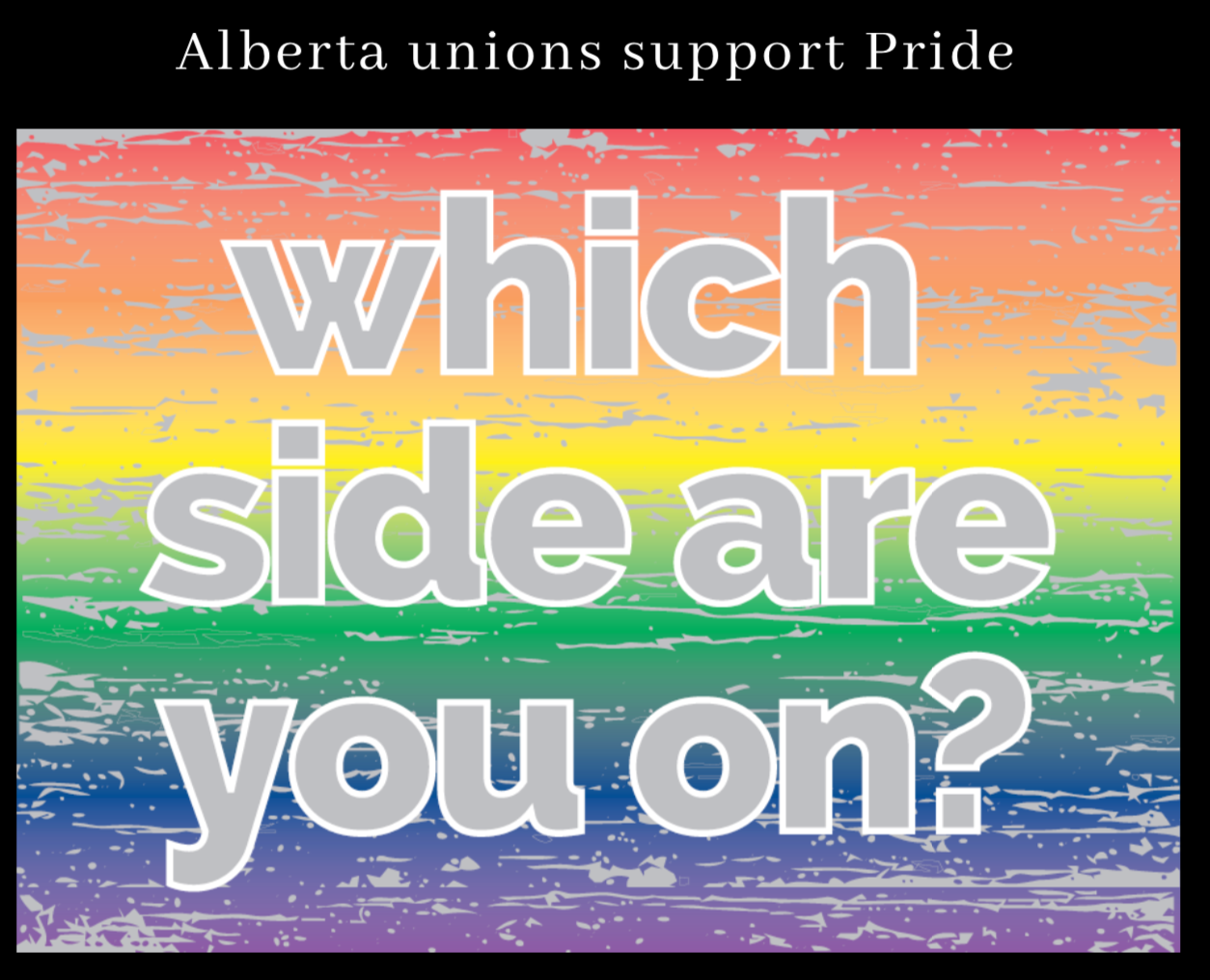 Thousands of students across Alberta will stand together this morning as they participate in a walk out of classes in protest of the Jason Kenney’s plan to rollback protection for Gay-Straight Alliances (GSAs).

This morning delegates at the Alberta Federation of Labour convention in Calgary voted unanimously in support of a motion in solidarity with these brave young people.

In 2017 the Notley Governments passed legislation which created a framework to allow any student who requests a GSA club at their school the right to form one, and prevents school administrators from outing students who join one of these clubs.

GSAs save lives. The evidence shows that gay-straight alliances in schools reduce suicide risk for all students. The AFL stands in support of these students and of all efforts to prevent a rollback the rights of students to create and participate in a GSA.

The Alberta Federation of Labour is a voluntary association of unions and employee organizations that have banded together to achieve common goals. The AFL is made up of 29 unions representing 175,000 members in all sectors of the economy across the province.