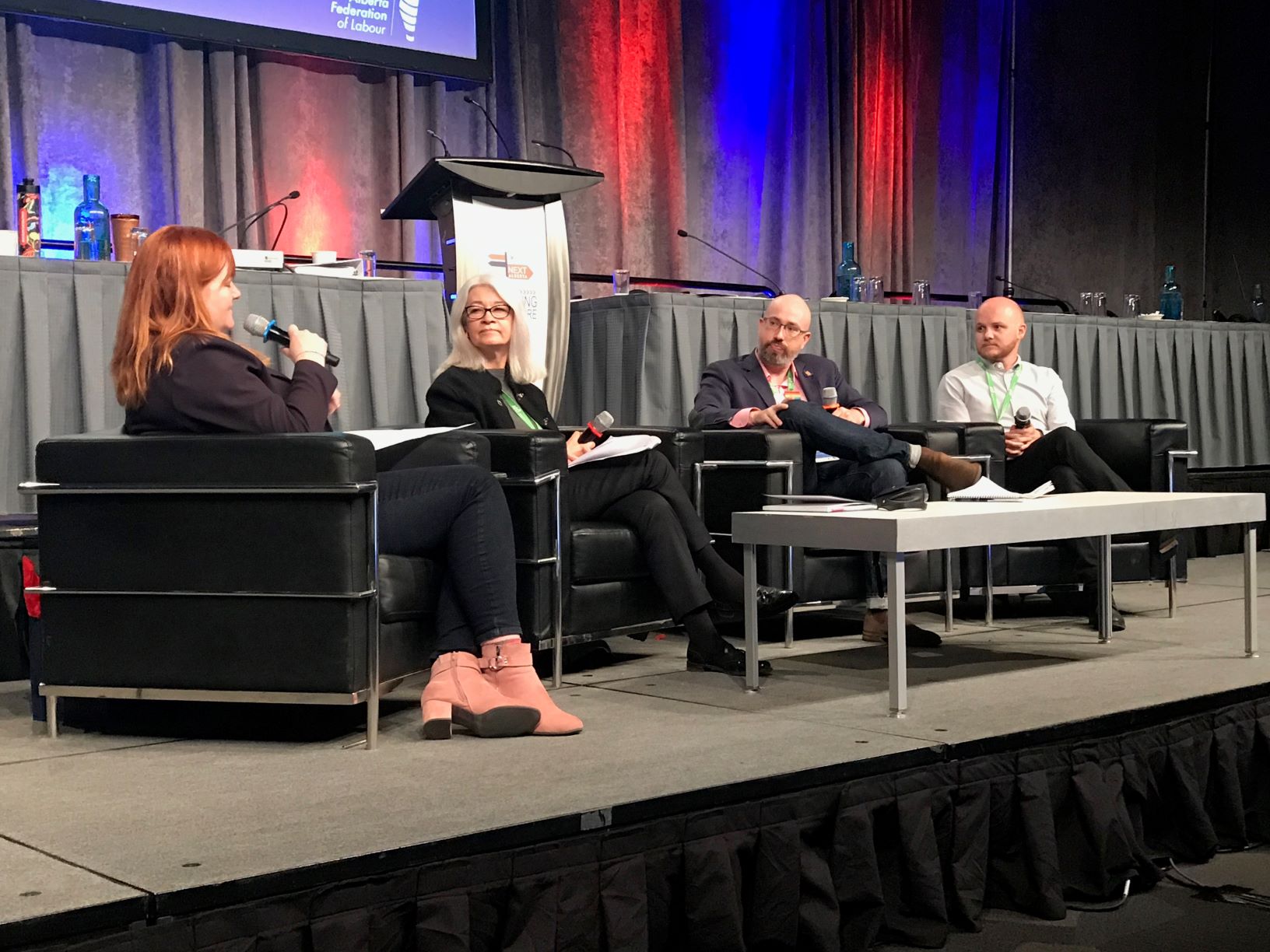 We heard how they are engaging with Albertans in innovative new ways. They shared with delegates their thoughts on the recent provincial election campaign and what we can expect in the future of Alberta politics.

We were joined by Susan Wright from Susan on the Soapbox, an independent provincial affairs blog; Duncan Kinney Executive Director of Progress Alberta, a grassroots progressive organization active online and offline; and LGBTQ advocate Mike Morrison from Mike’s Bloggity Blog, a Calgary based lifestyle and entertainment blog.

Mike shared how important it is to spread a positive and strong message that resonates with more people. “If it gets one more person involved, then that hashtag or that tweet was worth it," said Mike Morrison. “We have to pick our battles carefully.”

Wright discussed the difficulties facing the new UCP government. “There’s so much that Kenney promised that he can’t control,” said Susan Wright. “We have to look forward to a lot of protesting.”